The Netherlands is embracing the electric car. Last year, the number of electric cars in this small country doubled to a total of 45,000, whilst there are also over 90,000 plug-in hybrids. Together, these cars now make up 1,6% of the 8.8 million cars in The Netherlands. To power the electric vehicles, it is estimated that the country has over 30,000 public charging points.

With the number of charging points rapidly growing, there is a need for regulation. The 36 largest councils of The Netherlands have developed some general guidelines, allowing them to reserve car parking space for charging only and to place chargers in public space. Councils have the choice to either actively encourage and develope electric car transport themselves, facilitating the market by providing grants, providing local legislation only or to do nothing.

Eindhoven City council, The Netherlands’ fifth largest city with approximately 230,000 citizens, is developing its policy on this topic. Loendersloot is working on a new policy which states that it should be possible to charge electric cars within 300 metres from every urban dwelling.

Loendersloot is participating in a survey to make an inventory of previously assigned suitable locations for charging points. Attributes investigated are whether the locations are on public land or private property, whether there is physically enough walking space to walk around a proposed post and the potential effect on general public parking as the result of a new actual charging point. These enhanced data will empower Eindhoven City Council to response quickly to enquiries for electric charging points by its citizens. 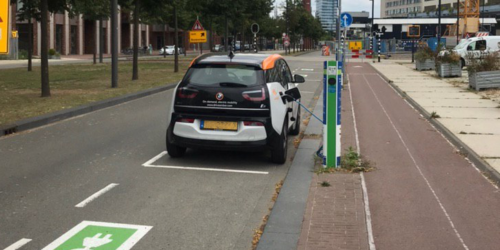 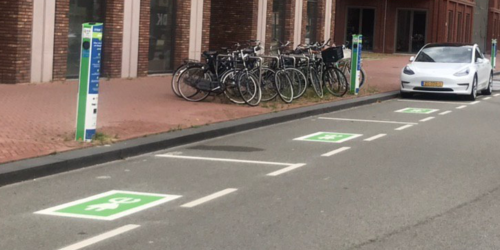 Eindhoven City council is implementing a policy inviting multiple providers to install and to maintain the charging points, with the council acting as a mediator between the public and provider. Loendersloot is assessing the council’s internal procedures that should be followed once a charging point is ordered. Once all set up, Loendersloot will be involved in organising public information sessions, enhancing the offer with further sustainable mobility solutions.

Loendersloot’s charismatic founder and director has years of experience bringing people and organisations together to get things moving. He specializes in Cycle policy-making and implementation, always ready to build bridges (and bike lanes!) between various stakeholders. He is co-creator and initiator of various high-profile cycle routes himself. Ruben has led many projects in both The Netherlands and Germany and is a regular guide and inspirator for international delegations wishing to improve their traffic infrastructures.

Loendersloot’s charismatic founder and director has years of experience bringing people and organisations together to get things moving. He specializes in Cycle policy-making and implementation, always ready to build bridges (and bike lanes!) between various stakeholders. He is co-creator and initiator of various high-profile cycle routes himself. Ruben has led many projects in both The Netherlands and Germany and is a regular guide and inspirator for international delegations wishing to improve their traffic infrastructures.