Loendersloot developed a new design standard for cycle path markings in partnership with KeuzeWeg and Van Rens Mobility. The standard is designed to prevent one-sided accidents from happening. Pilot sections have been put in place on the Utrecht-Amersfoort Cycling Super Highway.

Project manager Bas Hendriksen: “Dutch cycle paths are more densely used than ever before. More than 65% of cycling accidents involve one party only; there is no other traffic participant involved. A new standard for road markings on cycle paths can improve cycle safety.”

The new design makes path users extra aware of potential hazardous, such as road crossings and bends. The design features attention-enhancing elements at intersections and bends, extended side markings and doubled center markings.

The design is installed on four pilot sections on the Utrecht-Amersfoort Cycling Super Highway and attracted a lot of attention on the Dutch Mobility Trade Fair 2018. 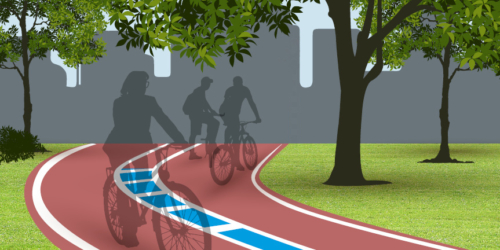 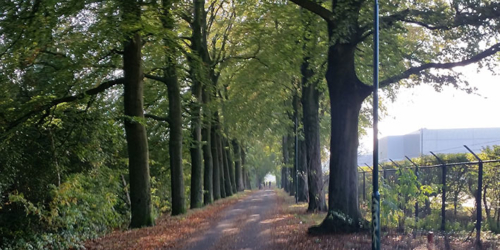 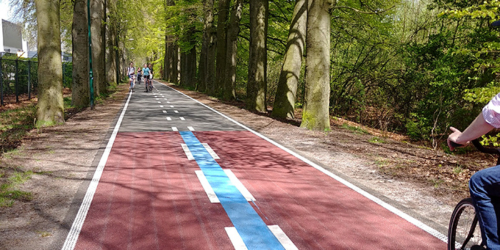 Above an example of the old and new situation, with new markings, is shown. More about our master plan for the Utrecht-Amersfoort cycling super highway can be found here.